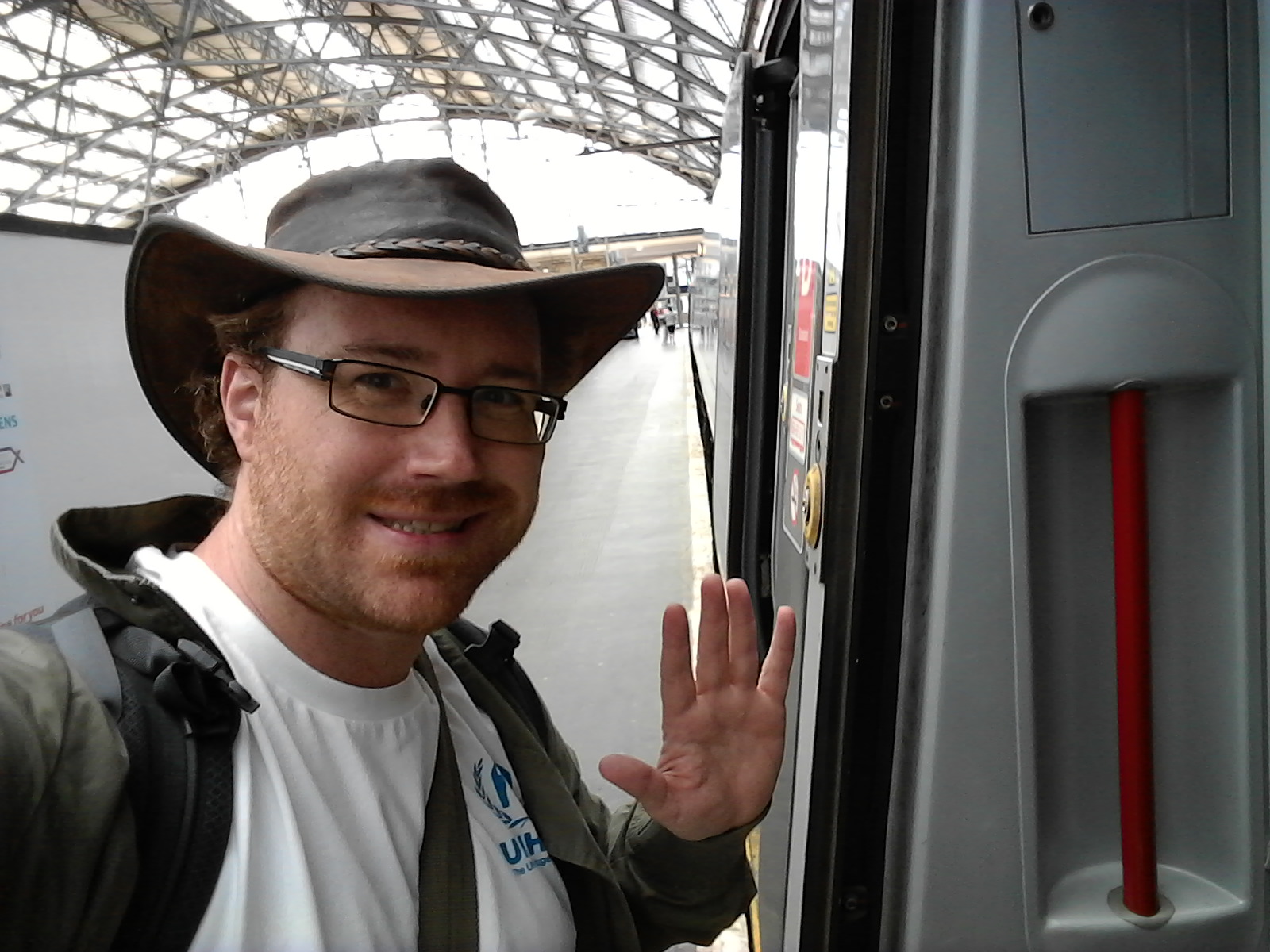 I got online and bought a ticket for the Flixbus to Hamburg. I meandered down to the coach station, attempting to pick up a Zapdos to complete my collection of Pocket Monsters. Sadly, despite three attempts it was not to be… and so I began my trip with a heavy heart and a big gaping hole in my Pokédex.

London Victoria Coach Station is the worst thing to happen to London since the Blitz. It fails on just about every level. There isn’t enough space in the waiting area for the waiting passengers, you have to CROSS THE BUS LANE to get to your coach, it’s a mile from the nearest tube stop (or at least it feels that way) and it’s a cluttered, crowded, hot, filthy MESS.

But that’s not the most infuriatingly STUPID thing about the UK’s busiest coach station. No. That would have to be its location.

Imagine you’re driving a car and have to pick me up from London. You’re coming from Liverpool, Manchester, Leeds, Newcastle, Sheffield, Birmingham or anywhere in Scotland. What would be the quickest, most convenient and environmentally friendly way of doing it?

Would it be to pick me up from BRENT CROSS, conveniently situated on the Northern Line as well as the end of the M1…? OR WOULD IT BE SLAP BANG IN THE MIDDLE OF ONE OF THE WORLD’S MOST CONGESTED CITIES?!!

London has at least ten major railway stations and dozens of minor ones. But for some reason we have just ONE national and international bus station and it’s in the middle of a web of concrete so dense they had to bring in a congestion charge just to get the traffic moving. Unbelievably, buses using the station often have to drive along OXFORD STREET – the busiest shopping street in the country.

When I’m in charge, there will be a bus station at Brent Cross for buses coming from the North, a Heathrow bus terminal for the West and, I dunno, something in Croydon for international buses. All bus tickets to London will come with one free ride into the city centre on the Underground and no long-distance buses will be allowed in the city centre BECAUSE IT’S SILLY.

Anyway, where was I?

Oh yes… coaches. I jumped on board the FlixBus (which was late before we even left) and we headed towards the White Cliffs of Dover. From there the coach got on a late late ferry (which was even later than the one we were supposed to be on) and had to do the old zombie walk off the bus and around the ferry until we were told we had hit land once again.

And what a land to hit: the greater landmass of that great western peninsula of Asia, often mistaken for a continent, known as EUROPE.

We rolled off the ferry and towards the rising sun, arriving in Dusseldorf too late for me to get my original connecting bus to Hamburg. We were late for two reasons: the onerous passport control that they’ve put in place between the UK and France in the last few months and also because we got pulled over by the police just as we crossed over into Germany from The Netherlands. I was sitting on the stairs next to the driver and his mate at the time as I just happened to be asking what would I should do about my connecting bus since we were already super late. I raced back to my seat, a bit worried that I might have brought the long arm of the law down upon us by sitting up front without a safety belt on. Thankfully, they were just after hippies smuggling weed back over the border in their backpacks. While the Dutch famously have a laissez-faire relationship with Paranoia’s Little Helper™, the Germans are far less tolerant. Let this be a warning to you.

After a good 45 minutes of faffing about while plant detritus was confiscated and names were taken, we set off with renewed gusto towards Dusseldorf, arriving a mere two hours behind schedule. That’s okay, my new bus to Hamburg wasn’t set to arrive for a few hours yet. So I found myself a McDonalds in order to abuse the WiFi, since (to my horror) the damn Three Mobile SIM card I bought didn’t actually damn well work. Once in Makkies I tried to order at the counter, but they wouldn’t let me – I could only use one of the touch-screens. Everything was going fine until the last option – what colour beaker I wished to drink out of. The “I don’t give a shit” button was greyed out, as were all of the colour options.

I asked for assistance, none was given, so I sat down, sans Happy Meal and cracked on with the process of trying to get this damn Three card working. Since I had no working SIM I had to call them through SkypeOut.

I wasted a tenner as over the course of two infuriating hours as I was banded around from pillar to post, speaking to several different operators, each as useless as the last. The situation boiled down to the fact I had been given the wrong SIM card in the goddamn Three shop. That’s fine, says I, just put enough credit on the SIM I’ve got so I get the 12Gb of EU-wide data that I’ve paid for.

This, they could not do.

Why they couldn’t do this is beyond me.

Before we could reach a satisfactory outcome , I had to go. My bus was due.

I can’t tell you how much Three screwed me over big time on this. As a consequence of not having data, I couldn’t get this very website ready in time for the start of the adventure and I could not do Facebook Live videos which I feel are critical to proving I was actually where I claimed to be from one day to the next. I wasn’t asking for much, only what I had paid for.

So then, I had bought a mobile phone which was a brick, a SIM card that was only useful as a tiddly-wink and I would have to cart around the clunkiest laptop this side of the Commodore 64. A great start to the adventure!

What’s more the bus to Hamburg was late, a good hour or so. If everything was running on time I would have arrived around 3pm. Instead I only just made it into the ticket office before it closed for the night at 10pm. I purchased my tickets to the port town of Hirtshals from where the ferry to Iceland left. Also, I would be travelling all through the night and spending a good amount of time waiting on platforms for connecting trains. Oh well, I thought, I might as well start getting used to it. Again. My first train didn’t leave until after 11 so tickets in hand, I went in search of a late-night internet connection, by which I mean a bar.

I arrived in Hirtshals the next morning. It was fortunate that it was the last stop (along a charming single track branch line from Hjørring) as I totally fell asleep on the way. I awoke in an empty carriage, looked around, grabbed my bags and made like a tree and got out of there. The ferry was to depart in less than an hour.